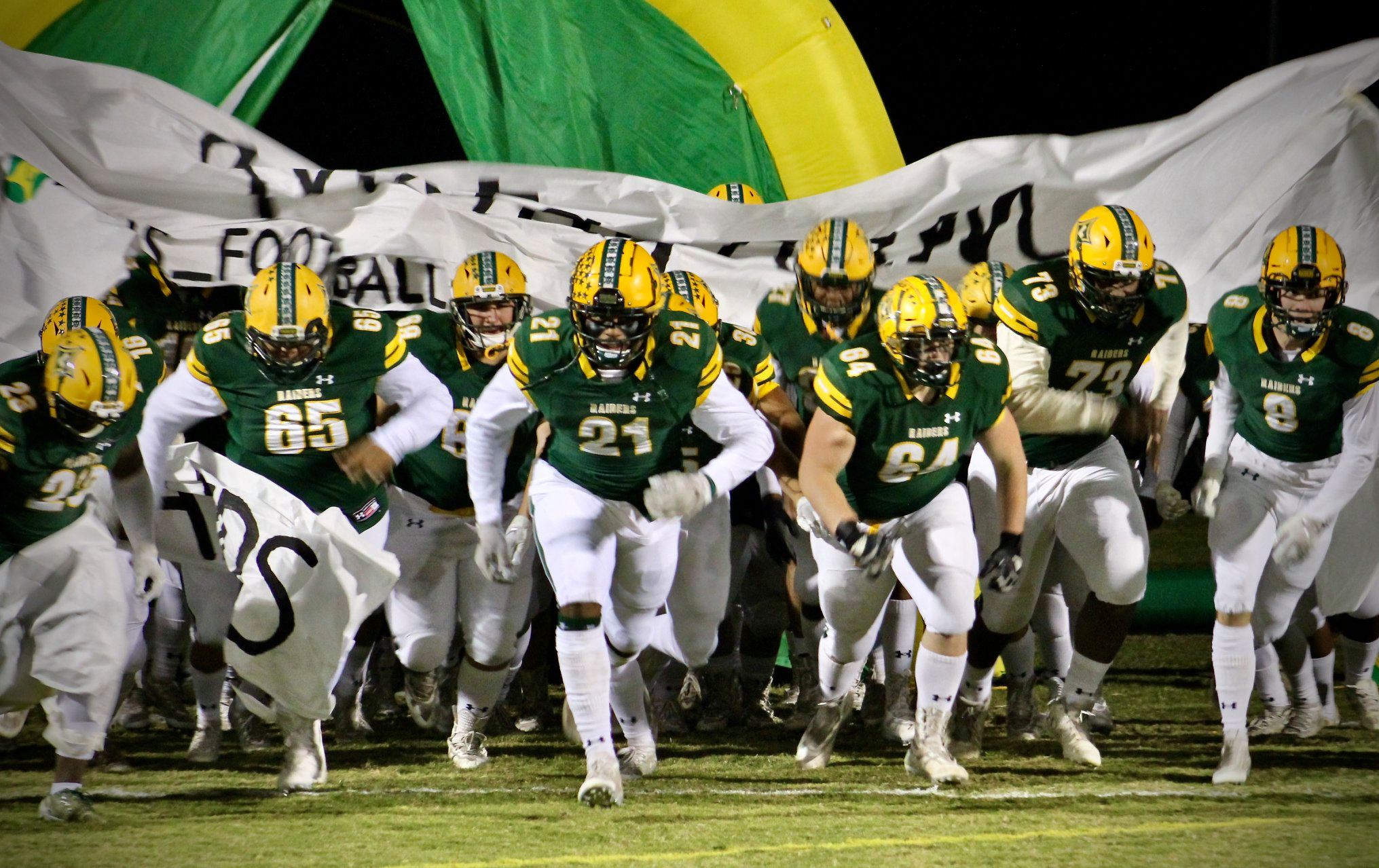 The Raiders rushed for 466 yards against Blythewood Friday night as they held on for a 43-40 win in the first round of the state playoffs.

The Raiders would race out to a 21-7 lead in the first half behind a pair of Duane Martin touchdowns and another by Jordan Woodruff. The Bengals would score late in the first half to cut the lead to 21-14. The Raiders had an opportunity to score before the end of the first half, but a field goal attempt on the last play of the half was no good, so the Raiders settled for a 21-14 halftime lead.

The third quarter saw Blythewood rally past the Raiders. A score and a missed extra point closed the gap to 21-20. The Bengals would take their first lead of the game early in the fourth quarter. They would miss the two-point conversion, so they led 26-21.

The Raiders would not trail long, as it took just 31 seconds for the Raiders to reclaim the lead. Martin’s 41 yard run gave the Raiders the lead for good. He also converted the two point conversion for a 29-26 lead.

After Mark McGowan picked off a Bengal pass, Martin would score his fourth touchdown of the night to give the Raiders a 10 point lead, 36-26.

The Raiders and the Bengals would trade scores throughout the rest of the fourth quarter, but the Raiders’ Cade Liner recovered a Bengal onside kick that would seal the Raider win.

The Raiders (9-1) will host Byrnes Friday night in the second round of the playoffs at 7:30.