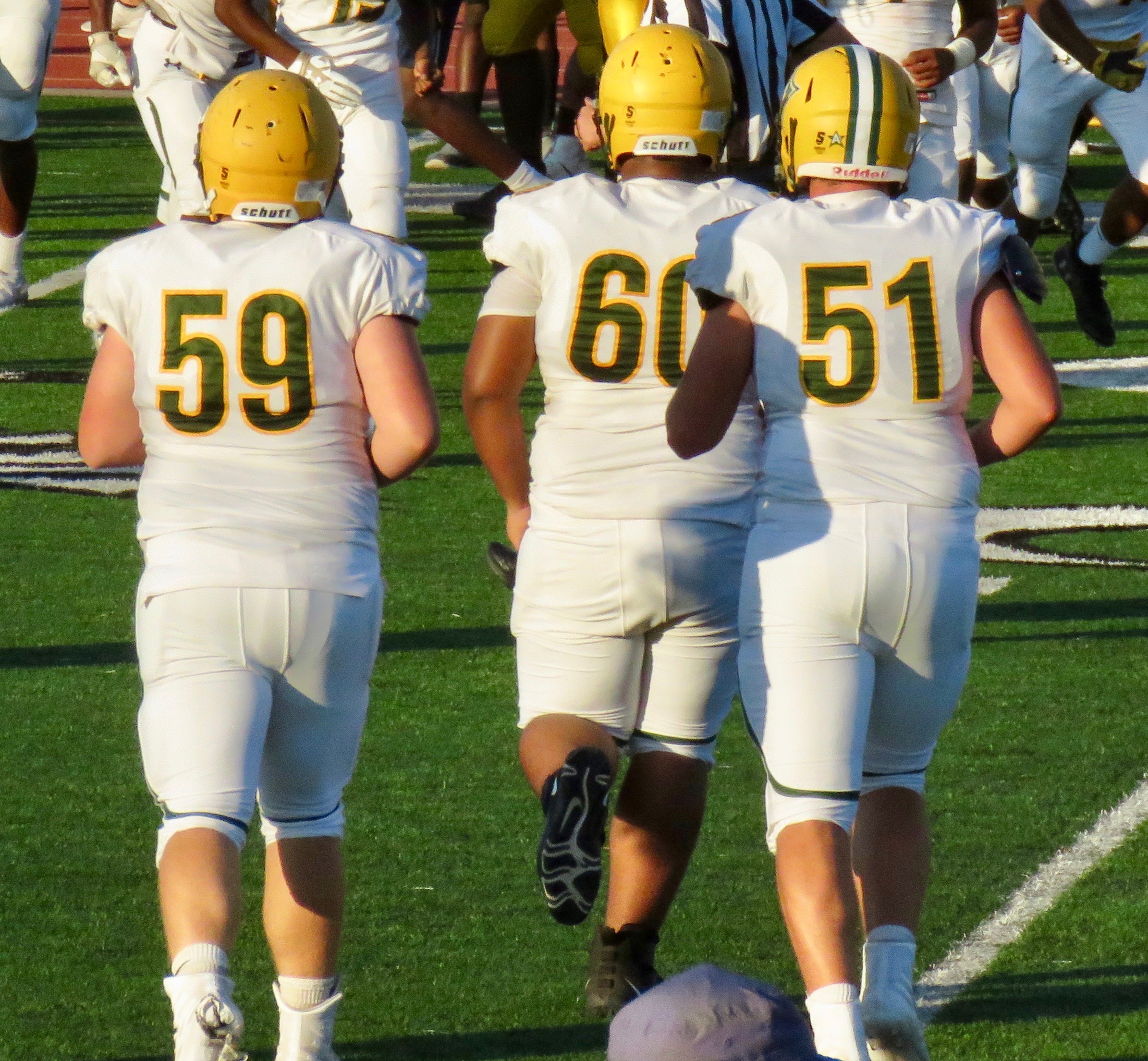 The Raider JV football team used a strong first half in Anderson, SC to earn a victory at Westside on Thursday night. The start time of the contest was moved to 7 pm to account for the unusual heat we are experiencing here. The heat helped the Raiders to a fast start.
Westside received the opening kickoff. The kickoff team covered kicks extremely well this game. The coverage unit stopped Westside inside their own 25 yard line each time they were on the field. On the first possession, Cayson Elledge intercepted a pass to give the Raiders great field position. The offense would move the ball down into scoring position on a reception by Waldrick Burnside and a long run by Elledge. Elledge would cap off the opening drive with a three yard run around left end. Brian Sheffield would convert the PAT; making the score 7-0 Raiders.
After another great kick coverage, Westside would start inside their own 20 yard line. Elledge would halt the second Ram possession with his second interception of the contest. James Rawl would cover the final yards on the second Raider series of the night; rushing 4 yards for the score. Sheffield would once again convert the PAT.
The Raider defense would hold Westside on the next series. After a series filled with penalties, the Rams would force a 4th and long. An arrant snap on the punt caused the Rams to take over at their own 6 yard line. The Rams JV would covert the opportunity into their first points on the night. Darden would block the PAT attempt and LDHS now held a 14-6 lead. After another possession and punt, Westside would begin another possession. Dale Hostetler would bring that possession to a shocking halt. Dale ripped the ball from the Ram ball-carrier, returned the fumble 55 yards for a TD! Dale then had a perfect snap on the PAT which was converted by Sheffield. The Laurens lead is now 21-6; and this would be the half time score.
The 3rd quarter was a defensive battle. Neither team was able to convert a possession to score. The Rams would score in the 4th quarter, but a failed 2-pt conversion attempt brought the score to 21-12, Raiders. Sion Hunter would recover a short kick attempt to maintain possession. The Rams would get one more chance to inch closer in the contest, but Elledge would secure the victory with his 3rd interception of the contest. The Raiders are next in action Thursday, March 10th at home against Woodmont JV in a 6 pm kickoff.