The news of Charles Peterson passing has saddened all of us here at Laurens County School District 55, and we extend our deepest condolences to the Peterson family.  Peterson was a member of the 1991 State Championship Raider football team and the 1990 State Championship Raider baseball team. The Pittsburgh Pirates later drafted him in the first round of the 1993 draft as an outfielder.

Most recently, Peterson was serving as an area scout for the St. Louis Cardinals organization. The Cardinals reported that Peterson had been battling COVID-19 since early August. The Raider family will cherish the example Peterson provided to young athletes in the LCSD 55. 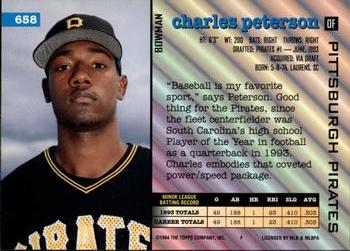 vs Eastside
5:00 pm
View All Events