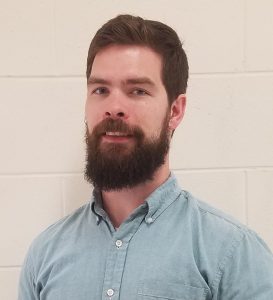 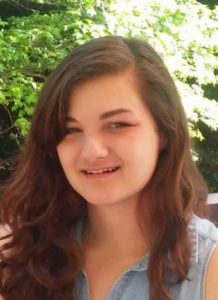 Laurens District High School (LDHS) and Athletic Director Tommy Spires have announced the hiring of Christina Earley as the new girls’ soccer coach and Daniel Sorrow as the new boys’ soccer coach. Coach Earley is currently teaching English in her first year at LDHS and Coach Sorrow is the visual arts teacher and the Department Chair of the Fine Arts Department at LDHS. “Our search for new head coaches brought us to Coach Earley and Coach Sorrow. We feel they are both good role models and will make a strong team as they approach the soccer program with a collaborative mindset and a determination to succeed. Their work ethic, knowledge of the game and playing experience make them the right fit for the LDHS soccer program. We look forward to supporting them during the upcoming season,” says Spires.

Earley’s passion for soccer developed early in her life. She has been active on the women’s soccer circuit, beginning with traveling teams, clubs and the Olympic development program during her time in high school. Her career in soccer continued at the collegiate level at Spartanburg Methodist College, where her team went to the National Championship for the first time in the school’s history. Her coaching background includes two U-15 girls’ teams and her favorite coaching opportunity has been her son’s soccer team. “This is a great opportunity, and I can’t wait to get started. Laurens has such a welcoming environment and a great family atmosphere where I feel I can fit in and make a difference. I look forward to working with Coach Sorrow to help propel both programs forward,” Earley said. Earley is dedicated to developing her craft and added, “My ability as a player often helps me demonstrate tactics to my team. I will be able to help student-athletes develop and I hope I can help the soccer programs at LDHS grow. The first thing we will do is build our expectations and standards for the program, reinforcing the fine culture that already exists here.”

A familiar face, Daniel Sorrow, will head the boys’ soccer program. He has been the assistant coach for the LDHS girls’ soccer team for the past two years. His playing experience began in high school, and he extended his playing time at Division II Newberry College in the South Atlantic Conference for two years. He then transferred to Lander University to pursue a career as an art educator. While in school at Lander, he coached soccer at Wright Middle School in Abbeville, SC. When asked about taking over the boy’s program Sorrow said, “I am super excited to become the new head coach of our boys’ soccer program. I look forward to establishing a culture of progress and hard work as we identify changes that are necessary to move the program forward.” Sorrow will give up his role as the assistant coach to the girls’ soccer program but he is coordinating with Coach Earley to ensure they can help each other build a united program. Sorrow’s new assistant, Coach William Buie IV, will assist him in his efforts to build a strong program. Buie is the current Graphic Design instructor at LDHS. He graduated from North Carolina Central University and has a background in coaching adolescents in sports, including the Laurens Middle School Boys’ Basketball team. “I’m excited about this journey with the future soccer teams of LDHS,” says Buie.

All three coaches understand the teams will need to walk before they can run.  Still, they are excited about the possibilities and encouraged by their own teamwork as they collaborate on practice plans, game strategies and facilities. The soccer programs will not have tryouts until the end of January but, until then, the coaches will be preparing to meet and guide their new teams into a new era of competitive soccer.